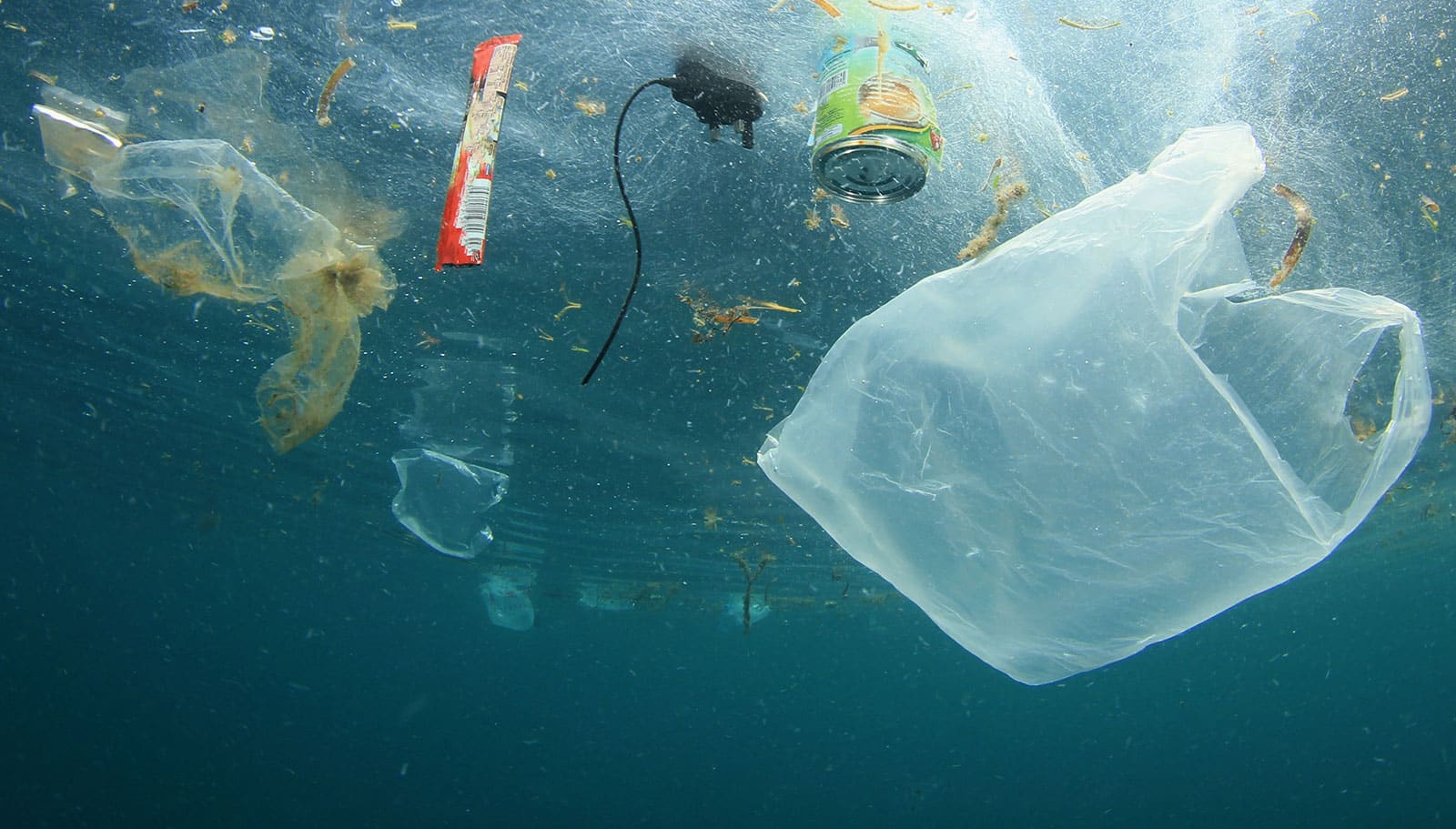 Did you know that there is a cluster of plastic in the Pacific that is larger than the state of Texas? Theoretically, we ought to be able to see this giant trash cluster on satellite images, but if you try looking it up on Google Earth, it’s nowhere to be found.

It turns out that even the best satellite imagery can’t easily scan the patch. Because it is made up of tiny pieces of plastic churning around under the water, it can be invisible from space. Understanding the challenges of capturing the Great Garbage Patch on camera provides fascinating insight into Google’s new Google Ocean feature.

The Great Pacific Garbage Patch is one of the largest collections of plastic in the world. Due to the way currents flow in the Pacific, much of the trash in the ocean ends up circulating in one spot. It consists of a variety of types of plastic and is roughly 620,000 square miles in size. However, if you go on Google Earth and look at the ocean between California and Hawaii, it looks smooth and blue.

Why isn’t the plastic patch visible? First of all, it’s constantly moving. Since there is no defined location, it is hard for Google to know where its satellites should scan. Even in the parts of the ocean where there are detailed scans, the patch is almost undetectable from space. Most of the patch is made up of tiny, barely-there particles. Broken plastic bits, plastic microbeads, and clear plastic bags make up most of the trash.

Not only are the plastic particles too small to see on fuzzy satellite images, but most of them aren’t even on the surface. Though the patch is huge, it doesn’t look like a huge island floating on the surface. Instead, the currents that cause the pileup drag the debris underwater. Since Google Maps can only show things on the surface, much of the patch ends up looking like plain water.

Ultimately, the lack of details on Google Maps isn’t surprising. The ocean is incredibly vast, and its most interesting features are underwater. Since Google Earth works by showing items visible from above, this comes with a lot of challenges. Google collects its imagery from a variety of sources. It uses thousands of cameras on private and public satellites, and it also utilizes images captured by aircraft.

Since it’s so hard to get clear images of features like the Great Pacific Garbage Patch, Google is primarily focusing on the land right now. In the upcoming years, the tech giant has plans to provide even clearer land scans and more detailed ways of filtering and searching through their data. They’ll be adding more detailed ocean scans as they get them, but most satellites don’t pass over empty patches of ocean. Therefore, it might take a little more time for the ocean to be thoroughly mapped.

Google’s tech might not be good for capturing plastic microbeads swirling around under several feet of water, but it’s still quite sophisticated. Though they’re primarily focusing on land imaging, they still manage to capture quite a few details about the ocean.

The information currently available on Google Ocean does have some interesting applications. With the Google Earth 5.0 software, people can look at underwater views of the ocean and aerial imagery of certain spots. In the areas where they do have more detailed images, things like boats and small islands are visible. This has some exciting uses for law enforcement who are already using it to find illegal fishing vessels. It’s also a helpful way of learning about things like oil platforms and even ocean animals.

Ultimately, mapping the ocean is a fascinating concept. Though it comes with some challenges, it has the potential to affect everything from crime to biology. If Google can integrate more detailed scans in the future, they may even be able to display the elusive Great Pacific Garbage Patch and raise awareness of this important environmental issue.

Isaac Adams-Hands is the SEO Director at SEO North, a company that provides Search Engine Optimization services. As an SEO Professional, Isaac has considerable expertise in On-page SEO, Off-page SEO, and Technical SEO, which gives him a leg up against the competition.
Loading Comments...